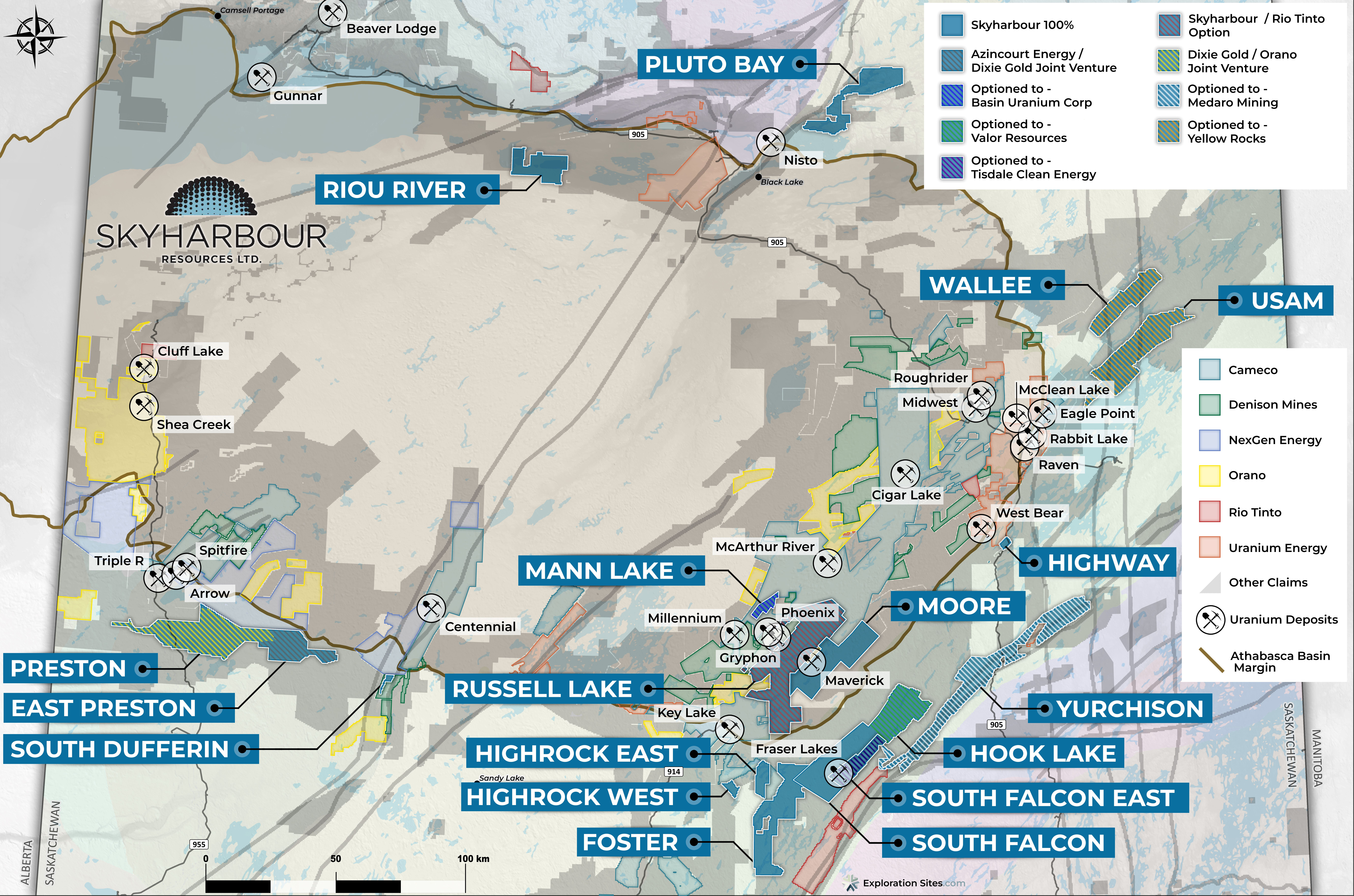 The Usam Project consists of eight claims totalling 42,186 ha and is located approximately 16 km northeast of Cameco’s Eagle Point Mine (Rabbit Lake Operation). The project has numerous EM conductors that are associated with significant magnetic lows of the Wollaston Domain. While the project is outside the current confines of the Athabasca Basin, the area was overlain by Athabasca sandstones historically. Basement rocks on the property include Wollaston Supergroup metasediments and Archean granitoid gneisses, with highly prospective pelitic to psammopelitic gneisses (including graphitic varieties) making up the largest proportion of the basement rocks. Several north-trending faults related to the Tabbernor fault system cross-cut the property.

Previous work on the project includes diamond drilling (12 holes), lake sediment sampling, soil sampling, geological mapping, ground and airborne geophysics, marine seismic, prospecting, and other geochemical sampling, the majority of which was done in the 1980’s and 1970’s. Modern exploration of the property has been limited to geophysics and ground prospecting. As such there is a significant untested potential on the project. Trenching on Cleveland Island uncovered up to 0.31% U3O8 in mineralized pegmatite, and diamond drilling on Gilles Island intersected anomalous uranium, indicating that the basement rocks underling the Usam property are fertile sources of uranium in addition to containing pegmatite- and granite-hosted U-Th-REE mineralization. There are also several sedimentary-hosted base metals (i.e. Cu and Zn) showings on the project and in the surrounding area, which show similarities to the sedimentary-hosted Cu mineralization discovered by Rio Tinto and its partners at Janice Lake further southwest in the Wollaston Domain. 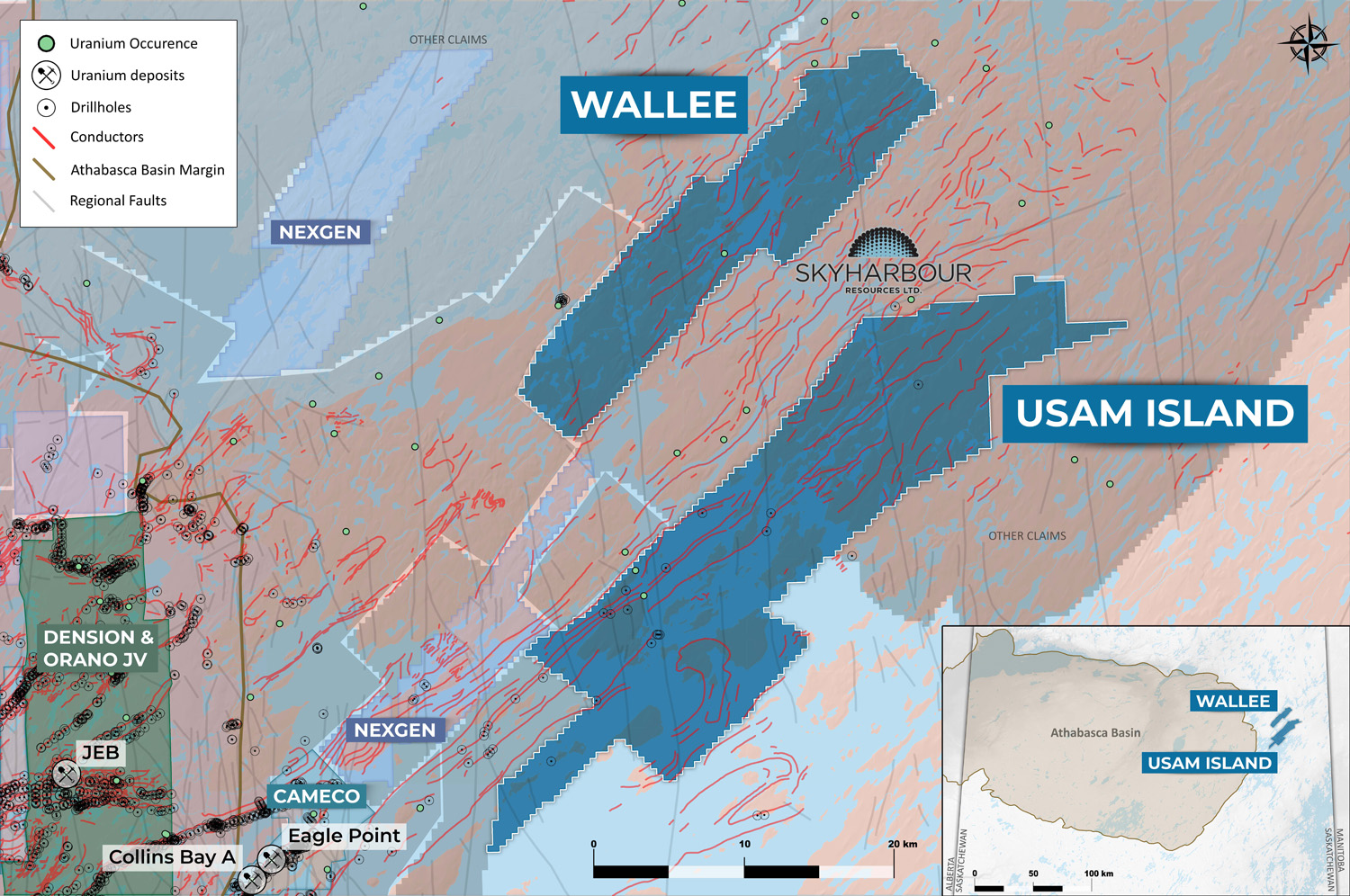